Nodo Jokhio Goth is situated at Union Council Darsano Chano Gadap Town having Population of 954 people.  Nodo Jokhio Goth and 35 kilo meter from Karachi city. Population belongs to Jokhia and Bukera community mostly Resources are from farming and Laboring. Education, Health, water supply, electricity and other basic needs are not satisfactorily available for the community. HANDS realized the major problem was lack of education and taken this step.

Maria and Sunna of Nodo Jokhio Goth got admission in 2006 at the School in class one, parents of these girls and School Management Committee supported and encouraged them during the Primary School education. Nearest secondary education facility was at Dumba Goth which is 3 kilometer away from their village their parents were not allowing them to go so far place.

We learned by this case study that if there is a will then there is a way some little organized beginnings can develop real changes in the life. 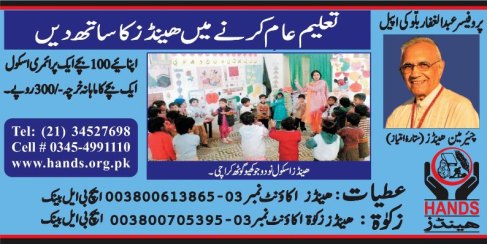 Struggle is the key of success  pdf downloadable

The Village Rano Gujar is situated in north east direction from Badin and about 55 km away from Badin. The total population of Village Rano Gujar is about 450. Many people in the village are labor and to survive there life they do daily wages jobs in different city and few among them also possess 2 to 3 acres of land. All people are living in cluster and all are Muslim community. It was said that natural disaster came suddenly and soundlessly also in district Badin .Village Rano Gujar is located in talka Tando Bago UC Dai Jerks was much affected due to heavy rains and flood, many people were ruined and left homeless. They were living in open spaces and tents without proper facilities and safety

HANDS team observed the villages and assessed the need of shelters for the villagers. To construct a model shelter by the recommendation of community HANDS team selected Ghulam Hussain Gujar who was a very poor person and had his house completely destroyed due to rain and flood.

Community played very important role for arranging labor and material during construction of model. This model well appreciated by community and will support the community to live secured and with safety. Joint struggle and consultation is the key to success 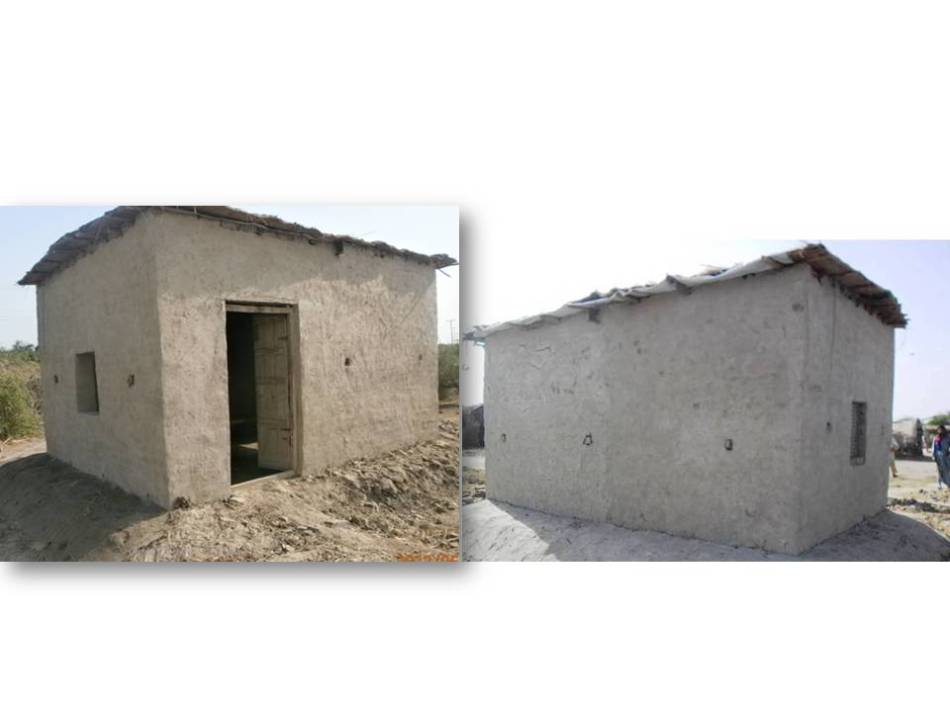